My hair was unkempt and I was in bathroom slippers. My dress went all the way up my neck and past my knees, and I was a child. I describe myself because I don’t see why anybody would do what you did.

When I saw you on that lonely path, just down the valley behind my mother’s house, her warning flashed through my mind and I wondered if you were one of the monsters she spoke of so sternly. It was, however, a sunny Sunday afternoon and there were houses a stone’s throw away. Plus, how much satisfaction could a 10-year-old really give you?

The ambush
I skipped past you while humming, in no anticipation of your rolled sweater around my neck. So when I realised that you had been preying on me, I froze and my bladder let loose.
You pulled the sweater making it tighter around my neck. You strangled me, repeatedly hit me on the head and face to overpower me, threw me to the ground and started dragging me towards a maize plantation. I looked into your eyes; they were bloodshot and you seemed drunk.
“Get into the plantation,” you yelled, but I refused to.

A fight
In the end I would die so why not fight one last time, I told myself.
When you seemed to be catching your breath, I told you that my mother was just around the corner and that I could take you to her so she could give you whatever you wanted. I also told you my father was a well-known lawyer but you weren’t moved.

Giving up
I was getting tired of pleading with a man committing grave crimes for sex with a 10-year-old and in the end I would die so I started to give up.
I started to give up because I had tried to fight you off for so long. I couldn’t scream because you also covered my mouth.
I started to rehearse internally that a drunkard was about to rape and kill me near my mother’s house.

Guardian angel
But just as I was making peace with the events of my short life, a boy appeared with a jerrican in hand. He had been on his way to a nearby stream to fetch water as most of the neighbourhood children did.
You let go of me as soon as you saw him and fled. I fell to the ground as the boy turned and ran to the main road. I faintly heard him alerting passersby of a rapist and a badly beaten girl.

When I regained consciousness, I was surrounded by women, two of whom said they knew my mother. My face was swollen and someone said my right eye was red. They took me to my mother.

Recovery
I remained in my room, with minimal interaction with anybody for about two weeks. My mother and I never talked about the incident as we just didn’t know how but my brothers assured you would pay if I could identify you.
“Tell us if you ever see him again,” one said.
Two weeks later, I went back to school but my eye was still bloodshot.
Ours was a small town so everybody knew that somebody tried to rape me and a teacher addressed the violation in general terms during one of her classes.
She tried to be humorous. She had some good points but I am not sure about offering a rapist a condom and confusing him by telling him, “I have been waiting for this for so long. Let’s enjoy ourselves with protection”. Still, Mrs Senyeli made me laugh so I was thankful, and nobody dared ask how I felt.

Terror
I never saw you again and I don’t remember your face, but 21 years later, I remember how scarred you left me and how long it took me to find my footing.
I carried a screwdriver and small knives in my bags well into high school because I remained scared of men who came home or those I met on the streets, especially in groups.
I was sure I would kill to prevent such an ordeal.
I remained scared for years.

Negative view of sex
I was never sure that I would enjoy sex so later in life, I engaged in it for reasons including curiosity. I convinced myself that the more I did it, the more comfortable I would get.
I needed some level of confidence when interacting with men so I exercised too much to look the part, flirted with them to pull them in and then broke their hearts for fun. I enjoyed playing with their emotions and intimidating them, if only to feel a little powerful.

Forgiveness
I broke a few hearts and forgot for a good while that I had not addressed the problem that you caused, so I thank God for leading me to the light in the end.
I hope you realised that what you did was wrong and were remorseful. If you are dead, I hope you have a good explanation for God.
I don’t know what he will do with you, or with any of the billions of us, because none of us is perfect. If at all he considers my position, I would like him to know that I forgive you. 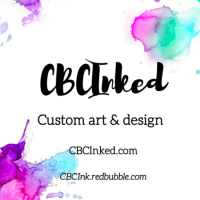 An in-depth focus on global news

A focus on women's news, rights and welfare

Learn How To Make Money Online
Motivational Videos On YouTube

Foundation Operation X for languages, cultures and perspectives
Loopholeology
Getting Husband Back
my space

Recipes showing step by step directions with pictures and a printable recipe card.

we are fish that play in a sea of light